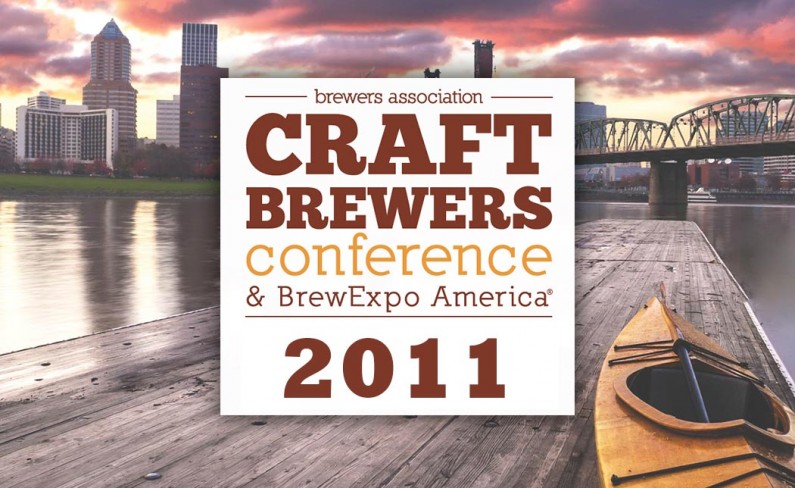 March 24, 2011 at the San Francisco Hilton Union Square
Order MP3s from this conference.

Over 3,000 attendees were present for the 2011 CBC San Francisco and many of the fine craft brewers were in attendance.  Greg Koch from Stone Brewery (http://www.stonebrew.com/), located in All Star Media’s hometown of San Diego, visited the All Star Media sales booth.  Greg Koch is opening a brewery in Europe soon, the first American Craft Brewer to open a brewery in Europe.  Quite a feat, I said to Greg, “That is a big risk for you,” and he said, “Any business venture is a risk.”  I admire Greg Koch’s ambition and confidence to open an American Craft Brewery in Europe and I am confident that he will be successful in his venture.

Other Craft Brew companies exhibiting and sampling their beers at the 2011 CBC included, Dog Fish Head (http://www.dogfish.com/), Sam Adams (http://www.samueladams.com), Deschutes Brewing (http://www.deschutesbrewery.com), Lazy Magnolia Brewing Company from Brett Favre’s hometown of Kiln, MS (http://www.lazymagnolia.com), San Francisco’s very own Dave McLean from the Magnolia Gastropub & Brewery (www.magnoliapub.com), San Diego local Garry Pitman from Manzanita Brewing Company (www.manzanitabrewing.com) and many other small craft breweries.  I was impressed with the number of new craft brewers at the 2011 CBC and that number continues to grow.  Right now, the Craft Brew segment of the Beer industry sales encompasses about six (6%) percent of the overall beer sales market.  The Craft Brew segment of beer sales continues to rise and it will only become stronger in the future.  I have much respect for any individual who takes on the challenge of starting a new business, and the craft brewers have a lot of optimism going forward, such a great event and the growth of the CBC has been phenomenal.  On to new heights.  Cheers.  dj